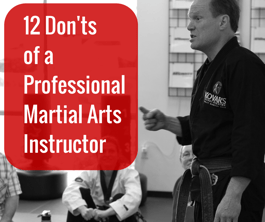 We often talk about all the things that we should do to be the best Professional Martial Arts Instructor possible.  There are, however, at least twelve things that we want to avoid doing. Here they are: